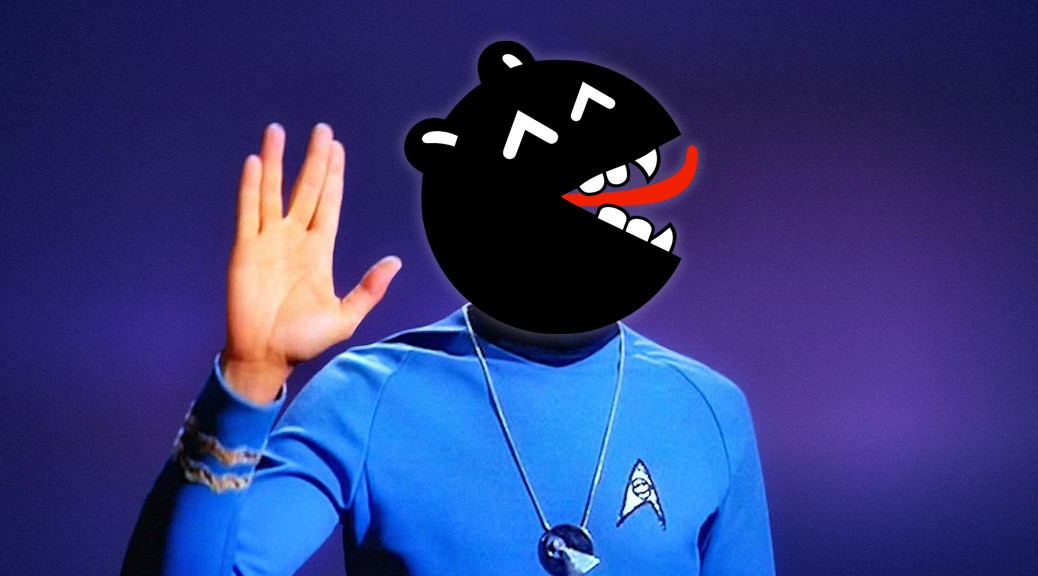 The Berlin Mini Game Jam is a monthly 8 hours long game creation jam that brings people together to try out game ideas and create prototypes. There’s no entrance fee and everyone is welcome – no particular skills or tools are requested. If you’re curious, I highly recommend to try participating at least once, to get a feeling of what jamming is like, before moving to something more physically demanding such as the 48-hour Global Game Jam.

The February edition of the Berlin Mini Game Jam took place on Saturday 28, and was one of the most crowded so far, with more than 80 people creating 23 games in total. I’ve attended the presentations, which are always open to the public, and noticed that some of the participants decided to pay tribute to the late Leonard Nimoy, who died the previous day at age 83, by making games starring Mr. Spock. Let’s have a look at them.

What would Spock do? is a text adventure by Martin Raue, and even though it’s unfinished (there’s no ending) I suggest to check it out to experience some precious moments of galactic loneliness.

Spockadelic by Team Trekkies is a memory game that rewards winners with a series of Mr. Spock portraits. It’s available for Windows and Mac on itch.io and it looks like this:

Sometimes during game jams things don’t go as planned, and you might end up creating a lovely piece of 3D concept art instead of a game – that’s what happened to Kirill Krysov with his Spock Model Concept:

A complete recap of the event is available as usual on the Berlin Mini Game Jam’s website.