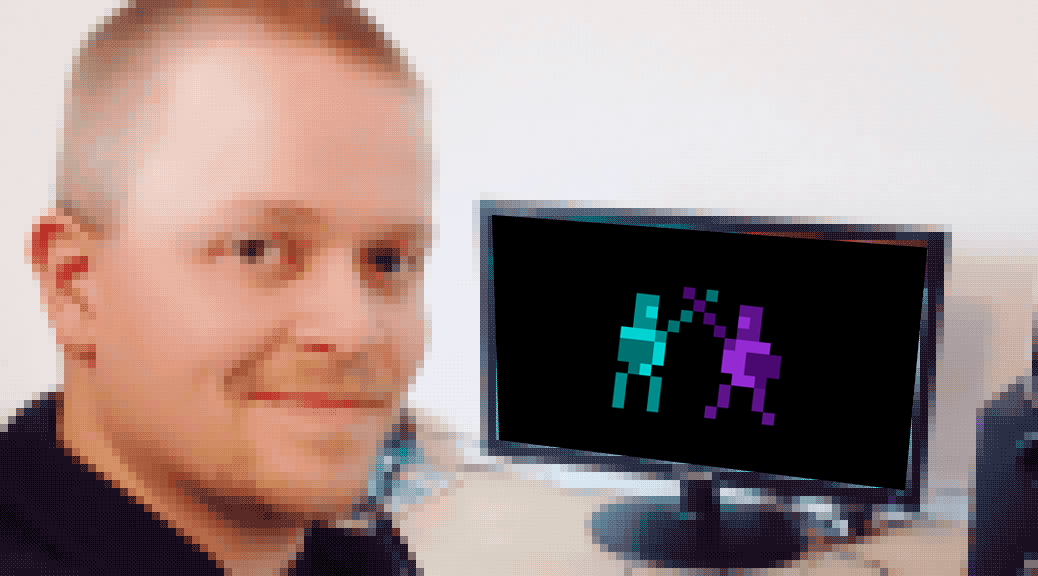 Legends of Pixelia is an action role-playing game that combines retro pixelart with modern gameplay mechanics, featuring procedurally generated maps, different hero classes and several local multiplayer modes for up to 4 players. An IndieGoGo campaign to support the development of the game is running until March 23rd – a perfect opportunity to get in touch with its creator Florian Siemer and ask him some questions.

A couple of Christmases ago I was playing video games with my 10 year old cousin, showing him some indie stuff. At some point he asked me Man, do you only play pixel games? – he had a point. I grew up in the 80s when 8-bit ruled the world, that kind of aesthetics surely influenced me and I still like it, even if I’m not the biggest fan of retro trends. You’re a bit younger than me though, so what’s your excuse for using low res pixel art in 2015? ;)

I was born in 1986 and my brother and I got an NES when I was young. So, yeah, I grew up with Mega Man, Super Mario Bros and The Legend of Zelda. A very cool aspect of those old, low res pixelart games was a very precise collision detection that lead to very precise gameplay. That’s why I decided to choose low res pixelart for Legends of Pixelia as well.

The data of the Legends of Pixelia crowdfunding campaign is public, so let’s be honest: unless a miracle happens (or all people reading this decide to give you money, which they should!), it’s unlikely that you will reach your goal. That being said, my impression is that the campaign helped give visibility to the game and support the Steam Greenlight process, and that’s great, since it’s pretty hard for indie developers working on their first game like you to get any attention at all these days. What are your feelings about this?

Miracles happen every day – I believe in you folks out there!

Regarding the visibility aspect, you are totally right. Being an unknown developer, it’s hard to get the public’s attention. The crowdfunding campaign in combination with Steam Greenlight really helps to spread the word and helps to show possible players that it’s a real game in development, not just some weird idea.

What have your learnt making this crowdfunding campaign? Any tips you’d like to share with other game creators who might consider doing one in the future?

I think the most important thing is to have a consistent style among all forms of media out there. If you decide to use pixelart, go with it for the headline’s images. Also, try to find a color scheme that fits into all kind of possible websites out there (IndieGoGo, Greenlight, Itch.io, your homepage, …).

I guess it couldn’t hurt to have a really big fan base before starting a crowdfunding campaign, if you want to reach your goal.

Why did you decide to add a variety of local multiplayer modes to the game, both co-op and competitive?

Challenge is a good way to encourage players to get the most out of your game. PvP is the direct way of comparing players, where co-op offers a more indirect way: when finishing a dungeon, there is a list of how good every player was in terms of evasion and damage dealt.
I did some longer test runs with my friends and no matter what game mode we chose, there was always some kind of e-sports feeling when playing Legends of Pixelia together – I love that!

Pitch time: give the readers a good reason to support your campaign on IndieGoGo before it ends on Monday!

First of all, it’s always cool to support the local game dev scene, right? So, please support Legends of Pixelia by either choosing a perk on IndieGoGo or by voting on Steam Greenlight.

Also, I decided that Legends of Pixelia will not be part of a bundle or part of an ultra cheap sale within its first year after the release. So if you are interested in Legends of Pixelia, preordering it now for $5 on IndieGoGo might be the last chance to get it for a low price until late 2016…

Thank you Florian for your answers and good luck with the final days of the campaign! If you want to try Legends of Pixelia, a demo is already available for download, and early access to the beta will start on April 15th – check legendsofpixelia.de for updates.