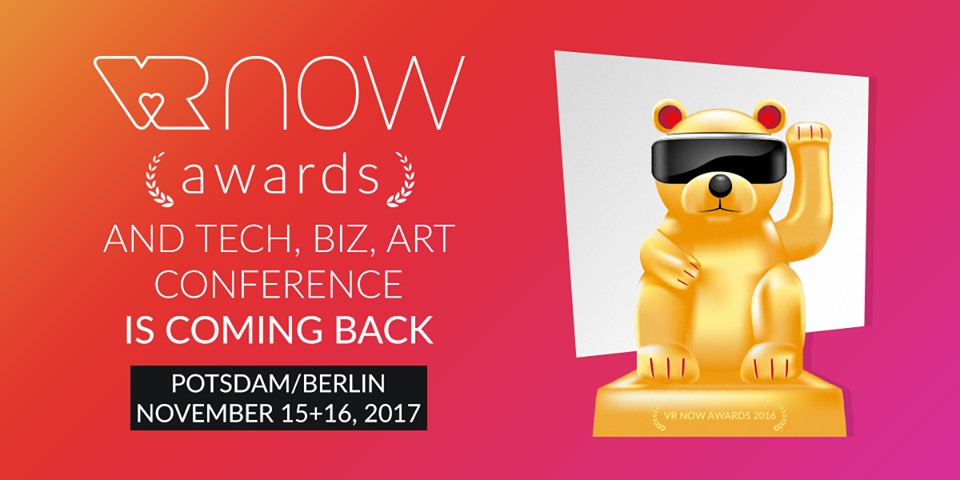 We started the VR NOW Con & Awards in 2016 as a way to bring the international community of VR creatives, business developers and technological masterminds to Berlin and Potsdam, the most exciting region in the world. Forgive us the bias.

The Conference. Last year we welcomed more than 500 attendees and 33 speakers on 2 stages. It was an eclectic mix of exciting people from all over the world. The conference talks and panels are in English only. Check out last year’s program and speakers.

The Awards. The VR NOW Award is the first European award dedicated to Virtual Reality experiences. We gave away prizes for great achievements in three categories: Business, Tech and Art. The Grand Prize was brought into life to celebrate the best project of the year, selected from all the nominees in the other categories. Check out last year’s award winners and nominees.

Event and award show are hosted by Virtual Reality e.V. Berlin-Brandenburg, the VR association of the capital region, organized by Booster Space – Made with Love in Berlin and funded by Medienboard Berlin-Brandenburg