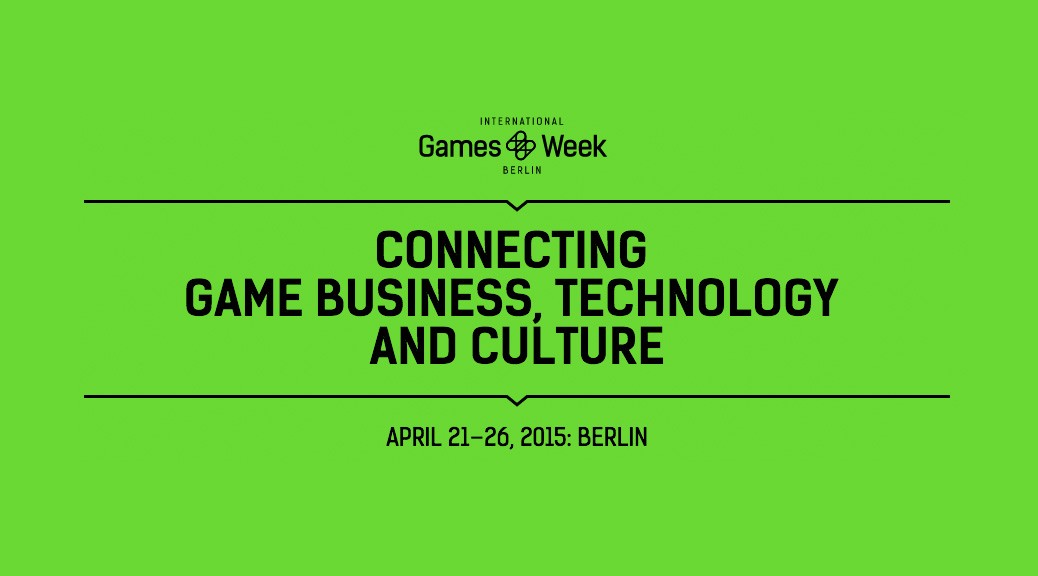 Are you ready? This week is the International Games Week Berlin! There are so many things happening that I’ve decided to compile a list of tips, also including some events which are not part of the official list, many of them free.

If you’re not busy attending Quo Vadis on Tuesday, Meet the Developers is a unique opportunity to visit the Game Science Center for free and meet some of the people behind the exhibits:  Fernando Ramallo, Nagual Sounds, Robin Baumgarten, Alistair Aitcheson and Canupa. If you’ve got a ticket for any of the events of the IGWB, you’re in!

Also on Tuesday, later in the day, the CGC BarTalk is taking place at Meltdown. If you’re into esports you don’t want to miss this warm-up for CGC Europe, the biggest Competitive Gaming Conference in Europe that will take place in June in Frankfurt. The event is free.

A MAZE. / Berlin starts on Wednesday and the opening is free. If you can’t make it that day, access to the game exhibition, the parties and the German premiere of the GameLoading documentary  is also possible without a full festival ticket (4 euros before 8pm, 10 euros afterwards). The exhibition will also be open on Saturday too. Disclaimer: I work for A MAZE. / Berlin as program manager for the talks and workshops.

The most interesting new entry in the International Games Week Berlin “roster” is definitely Womenize! on Thursday,  an “Action Day for New Talent in Tech, Digital Business and Media” which includes a job expo, panel discussions and workshops. It’s pretty cheap too: only 10 euros for the entire day.

Supersample: Pixels at an Exhibition is a video game-related art show which opens on Thursday and goes on until June 5th.

On Saturday, as part of the GameFest at the Computerspielemuseum, Gamestorm will present two events: the Nacht des nacherzählten Spiels (a contest where narrators retell game stories, in German) and Explosive Gefahr 2 (a new escape the room game, in English too).

Not in Berlin? I’m very sorry for you, but you can still enjoy a slice of the International Games Week Berlin by watching online the Olymptronica Charity Gaming Marathon 2015, from Friday night until Sunday early morning, which will feature a number of guests talking and show stuff, including yours truly and other representatives of the Berlin game scene.

What’s the best way to end an incredibly long and exhausting week like this? A game jam of course! The April edition of the Berlin Mini Game Jam is happening on Sunday and you can expect it to be a special one, with some international guests participating, staying in the city for the weekend. I’m sure they will be tired, but happy, like most of us.