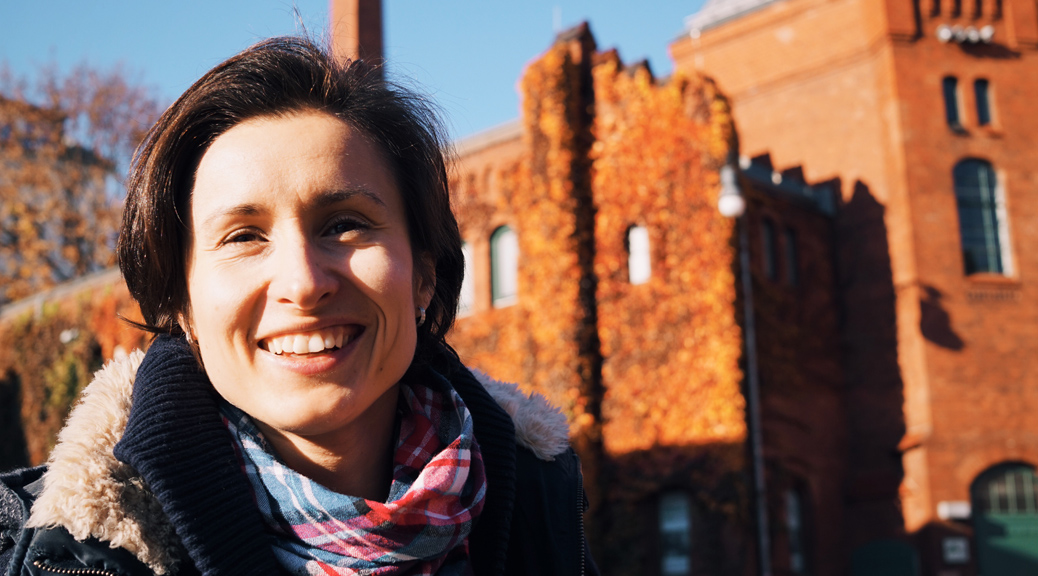 Sonia Fizek has only been in Berlin for a few months, but I already had the pleasure of meeting her several times at different events. I decided to ask her some questions about her work and life, so next time we can talk about something else!

Hello Sonia! Please introduce yourself and your work.

Hi, my name is Sonia Fizek and I am a digital wanderer. I traverse the realm of the World Wide Web each day in search for phenomena, people, and projects that would inspire my research and practice. For the past eight years I have been a games and digital media scholar. I have been researching games, writing about games, and playing games. Two years ago I decided to make them.

I am a true newbie Berliner as I arrived in the city three months ago, but I have been really settling in for just a month and a half. Before that I spent two years in the north in the Gamification Lab at Leuphana University Luneburg. I also lived almost four years in northern Wales (I seem to like the northern kingdoms), where I did my PhD in game theory at Bangor University. The longest period of time, seven years on and off, I lived in Lodz (in my home country – Poland) of which Berlin reminds me quite a lot.

On which project(s) are you currently working on?

My latest project Boat for Two is a playful digital poetry experiment. It is in its last stages of completion, but you can already watch the trailer and gameplay video, or chase me around Berlin to get hold of a Testflight version. I designed the concept for the game and was responsible for what I do best – putting amazing people together to achieve a crazy creative blast. Without the whole team – an unusual mixture of poets, researchers, designers, programmers, and developers – the game would not have become what it is. As a philologist I am proud to be able to merge the world of literature and games.

But, as I mentioned, my passion lies also in the act of thinking and writing about games. I look closely at gamification, citizen science games, playful interfaces and experimental game design. My latest article got luckily translated to German, so if you’re interested in bleak visions, games as factories, and big data, you can check it out here.

Why did you decide to move to Berlin?

It was a matter of a more or less planned coincidence ☺. Berlin is such a natural magnet that I guess it has been attracting me for quite a while now. I could not simply resist. The indie games scene is so vibrant here, and the city itself offers so much that one can hardly focus on day-to-day tasks. Also, as it is in life, I followed my heart ;) .

What’s the most interesting discovery you’ve made since moving here?

I would rather say I am constantly experiencing micro-discoveries, almost every time I walk or cycle around. One of such micro discoveries was the Game Science Center Berlin. I am also thrilled by being able to stumble upon people and initiatives, and it is triggering domino-like reactions: Game Science Center – Talk & Play – Philosophy of Computer Games Conference – Lorenzo Pilia – me on BerlinGamesScene.com ☺. See? When it comes to spaces and places, I am fascinated by the energy around Künstlerhaus Bethanien at the Mariannenplatz.

What do you think about the local game scene?

I am just in the process of plunging into it. Its openness and welcoming attitude amaze me. I started to browse the net for different groups, meet-ups, events, and the sheer number of those is overwhelming. I am hoping to delve deeper into the scene. My little personal goal for the next few months is to learn the new language of digital media – that is coding. And also here I was nicely surprised. There are so many places where I can get introduced to it, e.g. Rails Girls Berlin, Women Who Code, or Wizard Amigos Institute. I would also like to mention the A MAZE. festival, which I attended in April 2015 when I was still a frequent visitor to Berlin, but not entirely its resident. It struck me as a very alternative and friendly place with designers, players, and artists from all over the world.

Any message for all the Berliners out there?

Dear Berliners, I am on a mission to contribute to changing the face of games. I want to keep making and praising them. I have a head full of inspirations, a gift of putting ideas and people together, and a sharp eye of a veteran researcher. Whether you’re a game designer, programmer, concept artist, researcher or any other passionate geek, I would be more than happy to get to know you. If you just want to grab a coffee or hire me, I am also up for it ☺.

Follow Sonia on Twitter: @SFonic
Find out more about Boat for Two: boatfortwo.de
See what Sonia writes about: leuphana.academia.edu/SoniaFizek