The Mercedes-Benz Arena (o2 World Berlin untiil 1 July 2015) is to host the League of Legends 2015 World Championship Finals on 31 October 2015. After the group stages, quarterfinals and semifinals in Paris, London and Brussels, the two remaining teams will battle it out at the Final in Berlin. Halloween costume optional. 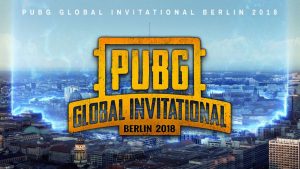 At PGI 2018, 20 top professional PUBG teams from around the world will compete for $2 million in prizes and the ultimate PUBG bragging rights. This is the first major PUBG esports tournament hosted by PUBG Corp.